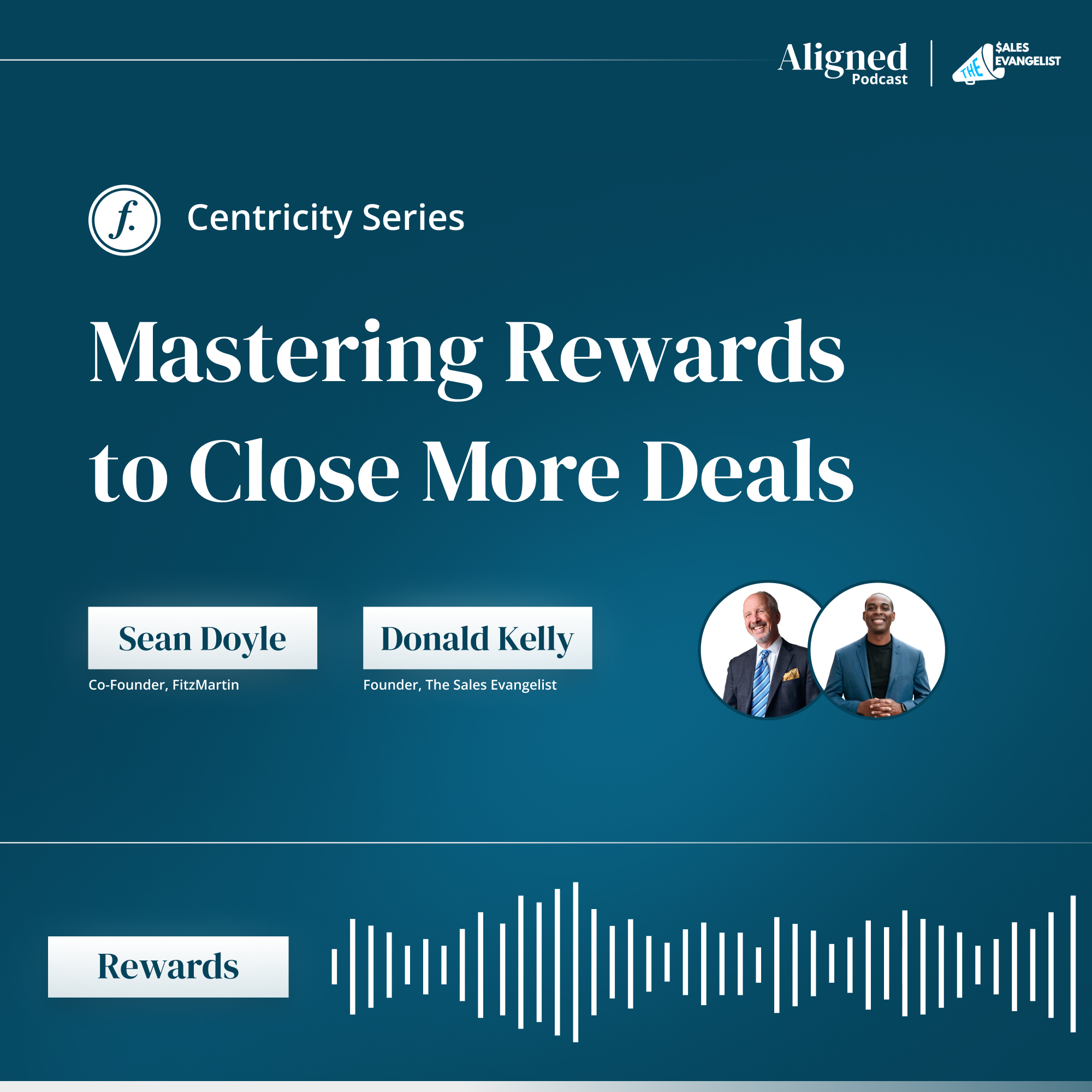 Both sellers and marketers can and should use reward-driven behavior to establish rapport and build relationships with potential buyers. In today’s episode of Aligned, Sean is joined by the founder and Chief Evangelist of The Sales Evangelist, Donald Kelly, to discuss his take on reward-driven behavior and how marketing and sales departments can implement it into existing methodologies.

Failure of the trade show fishbowl:

Rewards can be positive.

This episode is sponsored in part by FitzMartin’s Sales and Marketing Alignment:

Why does proper sales and marketing alignment result in a 32% average lift in revenue? Because a unified company centered around its prospects can’t help but thrive.

FitzMartin’s Sales and Marketing Alignment program will analyze your current sales and marketing structure to deliver a plan based on the needs of your prospects, bringing you increased revenue, expansion opportunities, and (above all) a unified front when communicating with prospects.

To set your company up for success, visit fitzmartin.com/solutions to discover how to unify your sales and marketing for the best results.

This episode is sponsored in part by Fitzmartin’s Organization and Culture Alignment:

Company culture and retention are directly connected. After all, if you fail to build good company culture, you fail to retain top talent. At FitzMartin, we help leaders like you raise their NPS scores from the low 60s to the high 80s (and, more importantly, present a plan to help you do the same.)

Create your company culture based on a shared mission to attract and retain top talent. Visit fitzmartin.com/solutions to learn more.

Listen here or on iTunes • Spotify